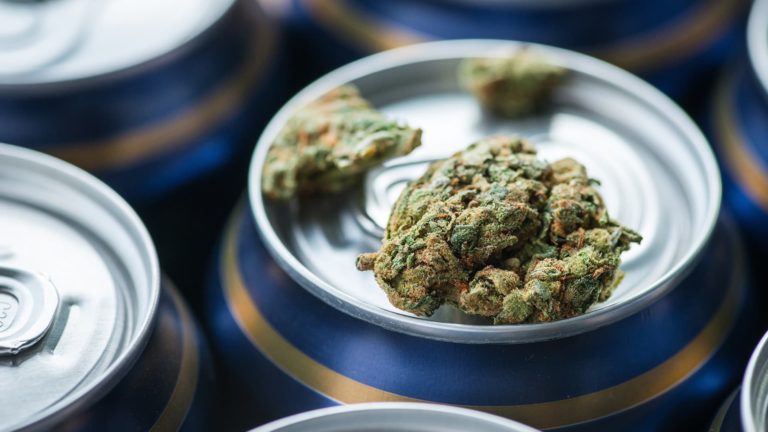 A glance into the stigma of Cannabis users, while the acceptance of alcohol and it’s health effects are overlooked.
March 21, 2019

Part 1: The History and Science

The St Patrick’s Parade is one of the biggest parties on both St Croix and St John every year. This holiday, celebrated with excess consumption of alcohol, got us thinking.

It’s time that we reflect on cannabis culture–specifically, the stigma of marijuana usage.

A Brief History of Cannabis in the USA

Both hemp and cannabis were popular crops through the 19th century. Americans used hemp to create rope and fabric, while many cannabis was in various medicines.

In the late 1800s and early 1900s plenty of middle- and upper-class white folks enjoyed “hasish”, which was how people in the Middle East and Asia had been smoking cannabis for centuries. But there was an important difference between hashish and “marijuana,” which was quickly criminalized. The latter was associated with Mexican immigrants.

During the Great Depression, resentment towards these immigrants, who were “stealing our jobs!” reached a boiling point. A slander campaign convinced most Americans that marijuana turned Mexicans, and anyone who smoked “reefer”, into violent, anti-social criminals.

By 1937, cannabis was illegal across the country. And since then, thanks to continued racist views, sentences for marijuana possession have only become stricter.

The Reality of Cannabis, Compared to Our Old Friend, Alcohol

Now we’re in 2019, when many people understand that “reefer madness” isn’t exactly what they told us. Yet many people are still unclear about the real effects of cannabis–on individuals as well as society.

So while celebrating our favorite drinking holiday, we decided to compare marijuana to alcohol.

A recent study, published in The Lancet and cited in the VI Consortium, found that people who smoked large amounts of cannabis on a daily basis were more likely to develop psychosis. However, it is unclear whether there are intervening factors or the causation is reversed. For example, people who are predisposed to psychosis could be more likely to smoke large amounts of marijuana.

While taking these correlative (not causative) findings seriously, let’s compare this to the research on the impact of drinking large amounts of alcohol on a daily basis. Perhaps you have personal experience you can consider…

We have known for decades that alcohol has a longterm, detrimental impact on brain health. And not just in some brains, every brain. But that wasn’t the case in the Lancet study.

Instead, only 30% of people who had developed psychosis had used cannabis daily. Meanwhile 14% of the healthy control population used marijuana more than once a week without psychotic side effects. Again, the difference is considerable, but could be easily explained by other factors.

Because the thing is, with cannabis research there is no consensus. Since the “drug” was criminalized for so long, scientific knowledge about marijuana is still in its infancy.

For example, another recent study, this one by the University of Colorado, Boulder, did not find any effect of prolonged cannabis use on the brain.

While prolonged alcohol abuse is definitely damaging to the body, it is no less dangerous in the short-term. An estimated 88,000 people in the US die from alcohol related causes every year.

Without getting too grim, that includes alcohol overdose as well as accidents caused by inebriated people.

To put that 88,000 number in context, that’s every single person living on St. Croix & St. John, plus half of St. Thomas. Every year.

In comparison, a Canadian study estimated 851 deaths in 2014 involved cannabis. Of those, 638 were attributed to lung cancer, and the rest were automobile accidents. There were zero deaths due to overdose.

Meanwhile, the researchers determined 14,827 deaths were related to alcohol consumption. That’s over 17 times as many deaths.

Furthermore, some dispute the link between the lung cancer and cannabis use, saying tobacco could be an intervening factor. Either way, the currently research agrees that smoking a bowl is much, much less likely to end badly compared to drinking a beer.

But Cultural Acceptance Hasn’t Caught Up

Today holidays and festivals continue to celebrate alcohol consumption go on without the hint of irony. Which we’re not condemning, let people enjoy themselves how they want to. We just want to put it all in perspective.

For example, you’ve probably seen this image on the left. We have too.

Every 6 months or so, this list of worldwide spirit consumption, US Virgin Islands at #1, gets passed around social media. It’s a badge of honor to some.

So maybe it’s time to stop shaming cannabis users while we publicly and loudly celebrate alcohol in the streets.

Keep an eye out for the second installment of this series. We will delve into how “stoner culture,” while glorifying cannabis use, might actually be hurting public acceptance.