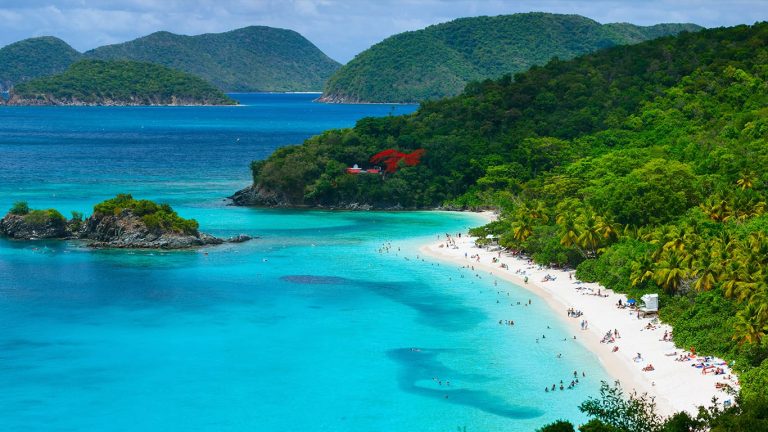 Is Cannabis Legal in the US Virgin Islands?

Medical Marijuana is legal in St. Croix, St. Thomas, and St. John. Recreational cannabis is not yet available in the territory, but legislation is in the works to legalize recreational weed. The USVI did decriminalized cannabis back in in 2014.

Medical Marijuana in the US Virgin Islands

The USVI Medical Cannabis Patient Care Act legalized medical cannabis in the USVI. Rules and regulations for medical cannabis are currently being discussed, and once those are completed, medical cards will be available and dispensaries will open.

Amendments to replace this bill are currently under review by the 33rd Legislature.  The amendments would allow for adult-use marijuana.

Recreational Cannabis in the US Virgin Islands

Governor Albert Bryan Jr. announced an adult-use cannabis bill in December 2019. The bill has been redrafted and is currently under debate in the 33rd legislature.

The adult-use bill would allow any adult over the age of 21 to purchase cannabis from a dispensary.

As the bill stands now, an additional requirement will be an “adult-use permit”. This permit would be needed to purchase and consume cannabis. This requirement may not make it into the finalized bill though.

Is Weed Decriminalized in the USVI?

Cannabis is decriminalized in the Virgin Islands. While some have confused decriminalization and recreational use, you can still be fined for possession of cannabis. The VI Legislator overrode Governor de Jongh’s veto in 2014 to decriminalize marijuana.

What are the Penalties?

Current penalties for Marijuana consumption and distribution in the VI:

Is CBD Legal in the USVI?

CBD is legal in the Virgin Islands as long as it does not contain THC. No regulations exist in the territory which prohibit its sale. Many shops have sprung up in St. Croix, St. Thomas and St. John that provide CBD products. Currently there are not any locally sourced CBD products.