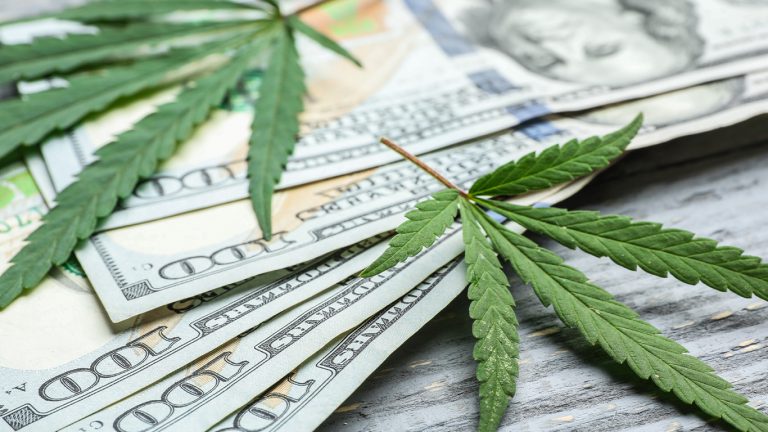 On June 2, 2020 the US Virgin Islands hosted a “Revenue Estimating Conference” over Zoom and broadcast live on Facebook. The conference invited many government officials and commissioners to make presentations on revenue outlooks for the 2021 fiscal year. Presenters were questioned by Governor Albert Bryan Jr, Lt. Governor Tregenza Roach, and members of the 33rd Legislature.

At the 3:10:43 mark in the video, Gov. Bryan gives a presentation on revenues from his new adult-use cannabis bill. Estimating $33.5 million dollars in revenue to the Government of the Virgin Islands (GVI).

Bryan stated that the spreadsheet was provided by an “independent source”.

VIBE HIGH spotted the error during the conference. We emailed the Governor’s Chief of Staff, Head Legal Counsel, and Communications Director, about the issue. At the time of publishing, we have not heard back.

The incorrect estimation has since been reported on cannabis news site Marijuana Moment.

Below are two screen captures of the spreadsheet used for the calculations of the tax revenue.

On the second screenshot, line 29, “Cultivation Tax” lists the tax on cultivator sales to dispensaries and manufacturers. The spreadsheet estimates a total cannabis market of 5000lbs. The calculation uses $5 per gram tax rate of cannabis sold by cultivators. However, in the law submitted by the governor, the tax is only $0.50 per gram.

Cannabis Cultivation Licensee will pay $0.50 per gram sold to manufacturers and dispensaries.

From page 67 of the adult-use cannabis bill, reported here.

So the reported revenue on line 29 on the spreadsheet, $11,611,802.68, is incorrect. If calculated with the correct tax rate, it’s $1,161,180.26. But upon further inspection, there is another miscalculation. There are 453.592 grams in 1 pound, however the governor’s spreadsheet is using more grams per pound. This brings the projection down even further, with the correct tax revenue being $1,133,980‬.

*464.4721072 grams per pound is incorrect. Where the author of the spreadsheet got this number is unknown.

Again on the second image of the spreadsheet, line 28 “License Fees” is under-reporting income. It lists $500k in licensing fees, but all 17 dispensary license fees ($50k) would bring in $850k.

From page 42 of the adult-use cannabis bill also reported here.

Twenty-five Dollars ($25) for an Adult Use Permit

From page 67 of the adult-use cannabis bill, reported here.

Adult-use permits pricing on lines 33-35 on the spreadsheet are incorrect. The spreadsheet states that the adult-use permit will cost $10, but in the bill it is set to cost $25. Since this is a revenue spreadsheet, this discrepancy could be from the GVI expecting to only take $10 of the $25 fee, with the remaining $15 going to costs, such as the app or management systems that will handle the permits.

Finally, included in the spreadsheets are stats and figures, such as estimating 14g of cannabis selling for $210. They also include “penetration rates”, the percentage of visitors and residents that will purchase cannabis and estimating how much they will spend. These figures are all debatable, and they could be more refined, but there were no miscalculations in this group of projections. As Mark Twain said, “Facts are stubborn things, but statistics are pliable.”

In previous statements, Governor Albert Bryan Jr. estimated cannabis tax revenues of up to $20 million dollars. This “independent” report increased that estimate by over $10 million, a 30% climb in revenue. How did this not raise red flags?

This is a time we have to be honest and realistic about the territory’s financial issues. Tuesday’s Revenue Estimating Conference painted a picture of the US Virgin Islands in deep financial trouble. The outlook is dire, so much so, that a 2% sales tax is all but inevitable.

Mistakes happen, but the governor has been calling on the senate to pass this bill for six months. The data backing up his projections must be infallible. With the reasoning for the bill shifting from helping medical cannabis patients to maximizing revenues, the numbers must  be absolutely correct.