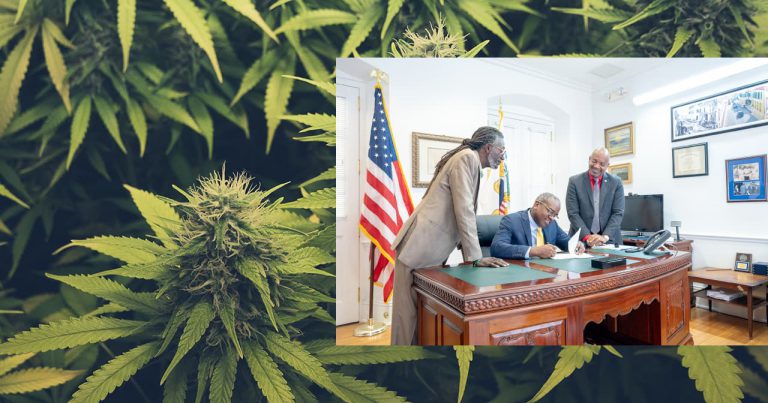 It’s been one year since the USVI passed it’s medical marijuana bill. So what’s been accomplished in the past year? Not much.
January 16, 2020

On January 19th, 2020 it will be one year since medical marijuana was approved in the US Virgin Islands. Little progress has been made since then. With each passing day the likelihood of seeing medical cannabis in 2020 shrinks. 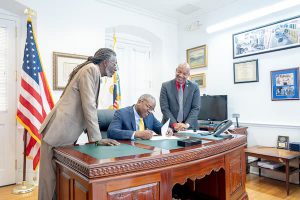 The VI Medical Cannabis Patient Care Act (MCPCA) was first introduced in 2015. The bill then sat idle until 2018, when it was one of the final bills passed by the 32nd legislature. However, then-Governor Mapp refused to sign the bill, leaving the task of approval to newly elected Governor Bryan.

After Governor Bryan signed the MCPCA, the next step was to nominate members to the Cannabis Advisory Board (VICAB). This is where medical marijuana in the USVI continues to languish.

Bryan has nominated 7 members of the 9 needed. One member has withdrawn, and Dept. of Agriculture Commissioner Positive Nelson remains in limbo.

So we have 5 fully confirmed VICAB members, 4 more remain. Without these four members, medical cannabis in the US Virgin Islands is at a standstill.

The Bryan Administration has gone to great lengths to not call this recreational cannabis.

Instead of just allowing medical users to buy cannabis, everyone would be allowed to buy marijuana. You just need a permit or license, which of course, comes with a fee. So the Bryan administration’s reasoning is, since you need a permit, it’s not recreational.

Call it what you will, but the very same issue exists. The bill calls for 9 VICAB members. We only have 5.

The chance of this bill being passed in the Legislature are slim. During the hearing on the amendment, one subject kept coming up. Why hasn’t the Governor nominated all the VICAB members?!

Way back in 2015, when the MCPCA was first introduced in the USVI, marijuana legalization was still in it’s infancy. The Caribbean was just starting to play catch up with the United States. Therefore the US Virgin Islands would have been at the forefront of cannabis in the Caribbean at the time.

2015 saw medical marijuana laws in Jamaica enacted, as well as Puerto Rico. No other cannabis laws were in the works in the Caribbean.

It’s been 5 years since then. We are now lagging behind everyone, including Caribbean nations, and the US mainland.

Let’s take a look at everything in the Caribbean that has happened just since the MCPCA became law in January 2019.

Laws are changing elsewhere in the next couple of months. Jamaica is setting up rules to start exporting cannabis to the EU & Canada. Meanwhile, Colombia is well on it’s way to becoming a world leading producer & exporter of cannabis.

All the US Virgin Islands has been able to accomplish in a year is approving 5 members of their Cannabis Advisory Board. One year.

VIBE HIGH’s initial prediction was that we’d see medical marijuana in April, 2020. That was if everything went according to plan. We were wrong.

Seeing any US Virgin Islands marijuana industry in 2020, is now a long shot.

If we continue to approve VICAB members at the current rate (1 every 2 months) and we have 4 members left, that is approximately 8 months to go. Add 3 months for regulations to get finalized. Then add licensing approvals, followed by compliance, cannabis growth rate, and the inevitable delays/scandals.

2020 starts to look very unlikely cannabis will be for sale in the Virgin Islands.

Medical or recreational cannabis has major hurdles to overcome. The USVI, more specifically, Governor Bryan has failed to complete the FIRST STEP in implementing the medical cannabis program.

Nominating and approving 9 people was the easy part. The hard road lies ahead.

We should not be cheering the Governor’s new “recreational” cannabis bill. This administration needs to be held accountable for a complete and utter failure to uphold a bill that Governor Bryan signed into law.

Therefore we need to move ahead with the law that we have!